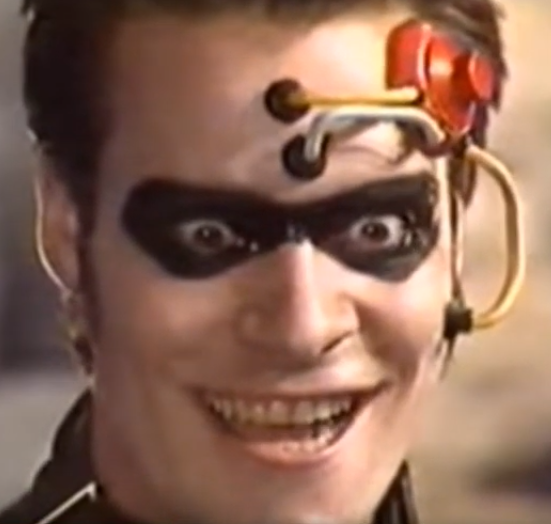 It’s not every day that an independent Actor and Producer, David Stay, comes out to attack the modern media and their propagandist narrative.

David Stay, an actor from the United States played the character villainous Mandarr from Captain Photon and Writer/Director/Actor in Sphere of the Lycanthrope. In addition he’s been credited in over a dozen projects on IMDB but on May 5th 2019 he had a interview with controversial YouTube Personality and Critical Pundant “Mister Metokur” (Mediocre misspelled and used as an insult to one of his critics). This interview covered the story of David’s stint in Japan working as one of the first American bartenders in the Hard Rock Café’s Japan-Based location where he got a chance to work in Television as the villain, Mandarr.

The entire job ran for 21 episodes which gave David a start but after learning Japanese through immersion, he, decided not to “Get big in Japan”. Since then he’s been in various other productions. However, Magnum Opus, The Sphere of the Lycanthrope, came into our reality:

This was accomplished all while he was providing personal security for the District Attorney in Brooklyn, New York, for six months. After that, they shot and wrapped the movie in 6 days. David, himself, nearly died during the shooting after having accidentally swallowed his prosthetic fangs. The cast thought he was “Acting” which you can actually see some of during the blooper reel during the credits. Another story attached to this film was of David tracking down an editor whom had offered to cut the film for him who lived on a boat and spend nearly a day babysitting the supposed professional and driving over 100 miles just to get the raw footage back.

The film won him multiple awards in 2009:

This was a solid win for Mr. Stay. However, the interview took a darker turn. David began disclosing the darker side of Hollywood and the Propaganda Machine that the millionaires, multi-millionaires, billionaires and beyond use to control the public agenda and Social Optics. Some people would call him “Red Pilled” the fact is he’s not far from the truth. We’ve got some solid bullet-points on this with citations on many of his claims (not all of them):

David has made many other statements:

Some of the statements made we do not agree with however, one’s self reality is what they have observed with their own eyes and perceived with their own mind. It is only a matter of time before someone, somewhere, exposes that which lies beyond the veil what we are programmed to believe.

Comments are closed, but trackbacks and pingbacks are open.